Forget about China: All 18 US intelligence agencies issue first ever warning about threat posed by climate change – after they were caught by surprise when Beijing launched two nuclear-capable hypersonic missiles 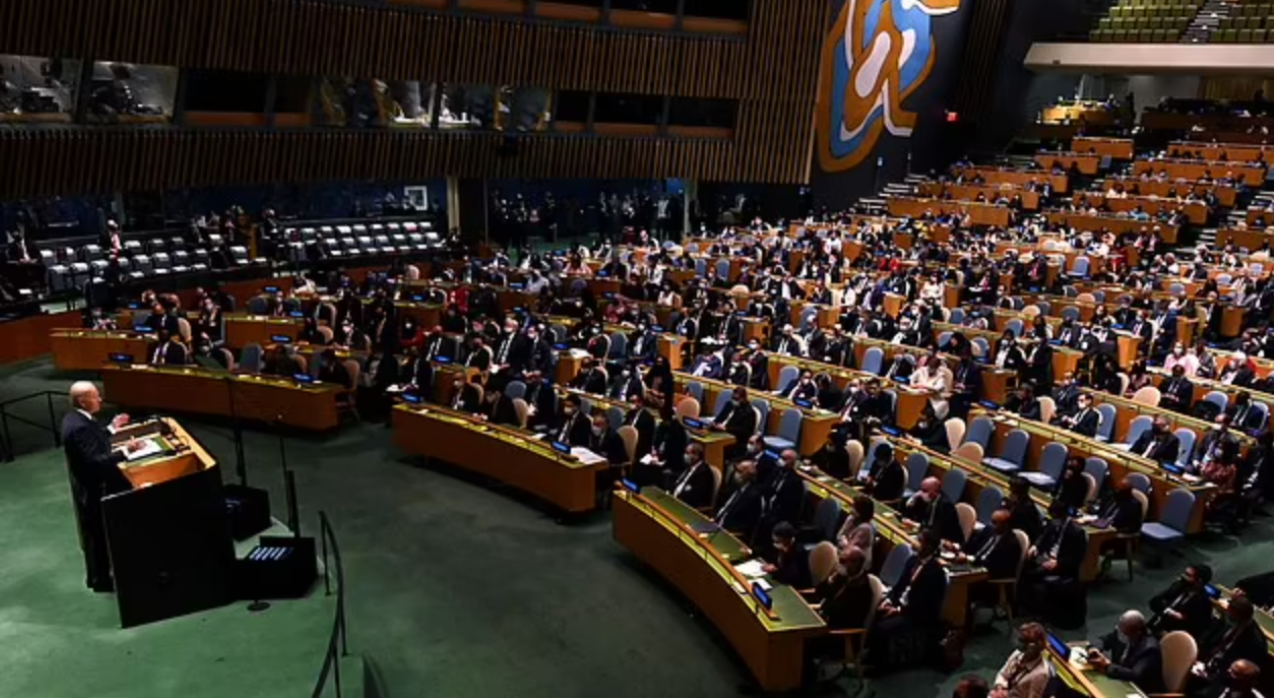 The US intelligence community is sending a unanimous warning about the growing risk that climate change is posing to national security and global stability, a chilling report revealed on Thursday.

All 18 US intelligence agencies signed off on the 27-page report, released in a declassified version by the Office of the Director of National Intelligence after President Joe Biden ordered the government to undergo a climate assessment in January.

It comes just over a week before Biden jets off to Glasgow for the 2021 United Nations Climate Change Conference.

The intel community released its predictions for the future days after it was caught by surprise with reports of nuclear-capable missile test launches China had conducted over the summer.

Under Biden the intel community was also caught by surprise earlier this year, when the rapid collapse of the Afghan government to the Taliban led to a rushed and chaotic exit for the US military.

Thursday's report is the first-ever assessment of its kind and looks into how growing carbon emissions could shift geopolitical power and exacerbate existing conflicts as well as allow new ones to emerge.

In May Biden issued an executive order requiring development of a comprehensive government-wide climate-risk strategy within 120 days, as well as an annual assessment of climate-related fiscal risks as part of the US budget.

'Intensifying physical effects will exacerbate geopolitical flashpoints, particularly after 2030, and key countries and regions will face increasing risks of instability and need for humanitarian assistance,' it read.

But even before any significant climate disaster, blame shifting and arguments over how goals outlined in the Paris Climate Accord should be carried out and who should do it will be a source of heightened tensions.

'The cooperative breakthrough of the Paris Agreement may be short lived as countries struggle to reduce their emissions and blame others for not doing enough,' it states.

Countries would then turn against one another to compete for thinning resources and dominance over new technologies.

The physical effects of climate change would also lead to more mass migration as vast swaths of the world become uninhabitable.

Climate refugees have already been highlighted as a growing point of concern by a number of global entities, including the United Nations.