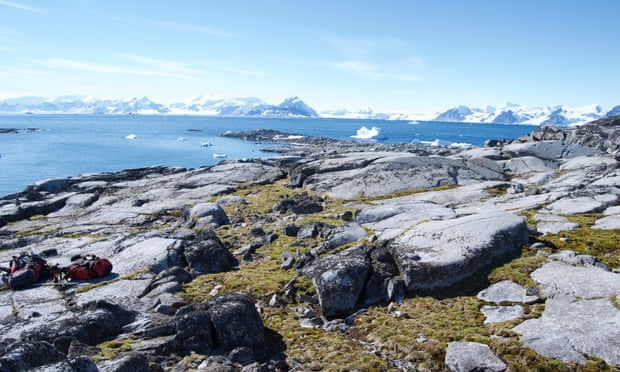 Antarctica’s two native flowering plants are spreading rapidly as temperatures warm, according to the first study to show changes in fragile polar ecosystems have accelerated in the past decade.

The increase in plants since 2009 has been greater than the previous 50 years combined, coinciding with rapidly rising air temperatures and a reduction in the number of fur seals, according to researchers working on Signy Island in the South Orkney Islands.

Populations of Antarctic hairgrass (Deschampsia antarctica) and Antarctic pearlwort (Colobanthus quitensis) have been studied by scientists on the island since 1960. Research found hairgrass spread five times faster between 2009 and 2018 than between 1960 and 2009. For pearlwort, the increase was almost ten times more, according to the paper.

In the past decade, summer warming has increased from +0.02C to +0.27C each year, despite strong cooling recorded in 2012.

“Antarctic terrestrial ecosystems respond quickly to these climatic inputs,” said lead researcher Prof Nicoletta Cannone, from the University of Insubria in Como, Italy. “I was expecting an increase of these plants but not of this magnitude, we are receiving multiple evidences that a major change is occurring in Antarctica.”

The primary driver of change is warming summer air, according to the study, which provides one of the longest records of changes in vegetation in Antarctica. A secondary reason is there are fewer fur seals on the island, which trample on the plants. It is not known why the number of seals has declined but it is likely to be related to changes in food availability and sea conditions.

Analysis shows that fur seals influenced changes from 1960 to 2009, while the main driver between 2009 and 2018 was temperature increase.

Warming trends are expected to continue, with more ice-free areas created over the coming decades, and scientists say the findings from Signy Island are representative of processes happening in the region more generally. “Our findings support the hypothesis that future warming will trigger significant changes in these fragile Antarctic ecosystems,” researchers wrote in the paper, published in Current Biology.